A long time ago back in 2016, the government announced that there would be a ban coming on letting fees. Now, more than 2 years later the Tenant Fees Bill was approved meaning that the 1st June is a marked day for the rental market. We'll let the folks over at Shelter, a housing and homelessness charity take it away from here: 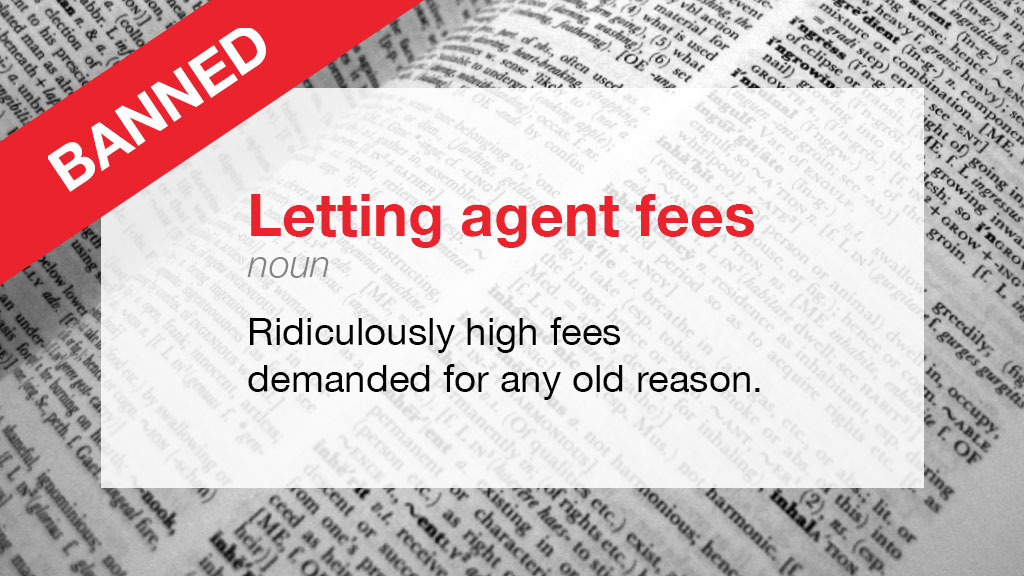 "On Wednesday 23 January 2019, parliament approved the bill, which bans all upfront fees to tenants – things like reference fees, credit checks, administration fees and contract renewal fees. Government analysis suggests private renters could save £300 on average every time they move house.

The bill underwent a few amendments over the year to reach this point – notably the closing of a potential loophole in the form of ‘default fees’. Our supporters campaigned to ensure that tenants would not still be charged extortionate ‘default fees’ after the ban on letting fees.

In the letting agents’ own evidence to the committee, they said default fees would be ‘increased severely’ to make up for the loss of money from other fees that are now banned.

Additionally, we heard of hundreds of cases of random fees being charged– such as £500 for reference and credit checks, £45 to replace a dustpan and brush, and £200 to check out of a property.

Yes, these are actual fees charged to some tenants.

A whopping 4,283 Shelter supporters emailed their MP about default fees– with 335 tweeting their MP, and 68 sending us examples of what they had been charged. This helped convince the government to ensure the bill prevented further exploitation."

If you're in need of some help or advice with regards to housing or renting, be sure to come and visit Beds SU's Be Supported Advice team who will be able to give you that helping hand you're looking for. You can also find out a whole load of information right here on our website!