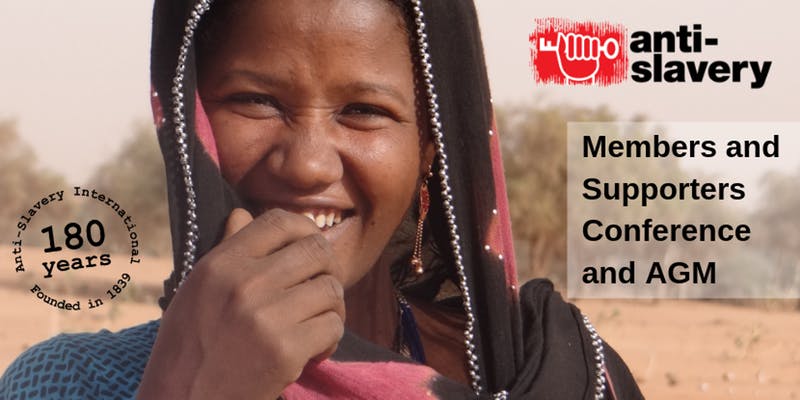 On 14 November 2019, Amanda Dimande who is your VP Union Development and Daisie Johnson, your VP Education went to the annual Anti-Slavery International conference.

The conference included an update from the charity’s CEO, Jasmine O’Connor and a presentation by Michael Bouet, a descendant of Thomas Clarkson who is the founder of Anti -Slavery International. There was also a performance of Freedom Song, which was inspired by the Fisk Jubilee Singers, a choir of the first university of freed people in the United States. Following this, a fascinating panel discussion took place involving many people who are involved in fighting slavery. The panel discussed many topics including how we tackle slavery in a digital age.

Reactions to the Conference

Returning from the conference, Daisie told us how valuable the day had been. “I found the conference eye opening," she said. "Not only was it amazing hearing about the work that anti-slavery do and how we can get involved with our RAG activities, but I found the performance of Freedom song extremely moving.

"Not only was it a musical performance but a theatrical re-enactment of what the Fisk Jubilee singers went through in that time. For myself, it really opened my eyes to the work that Anti-Slavery International has done over the last 180 years and how crucial they and other organisations like them are.”

Amanda was also full of positivity from the conference. “As the Exec who chose Anti-Slavery International as their RAG charity, I was super excited to learn more about the history of the organisation and how far they’ve come in the last 180 years."

She continued, "We got insight on the work that Anti-Slavery International has done all over Africa, the Middle East and the UK. The Conference day provided the attendees with information about what modern day slavery looks like in our society and how we can work to create positive change and promote best practice when working with vulnerable individuals.

"While the conference featured fascinating panel guests and an enthralling performance from the Fisk Jubuilee Choir, what I thought was the most interesting was the discussion on what support is available to victims once they’ve been identified. I’m definitely looking forward to working with the organisation this year!”

Anti-Slavery International is this year's Beds SU RaG charity. We will be holding fundraising and awareness events throughout the next year. If you'd like to find out more about the work that Anti-Slavery International carries out, head to their official website. Also, if you're interested in helping us to plan upcoming fundraising events, perhaps consider joining our group.