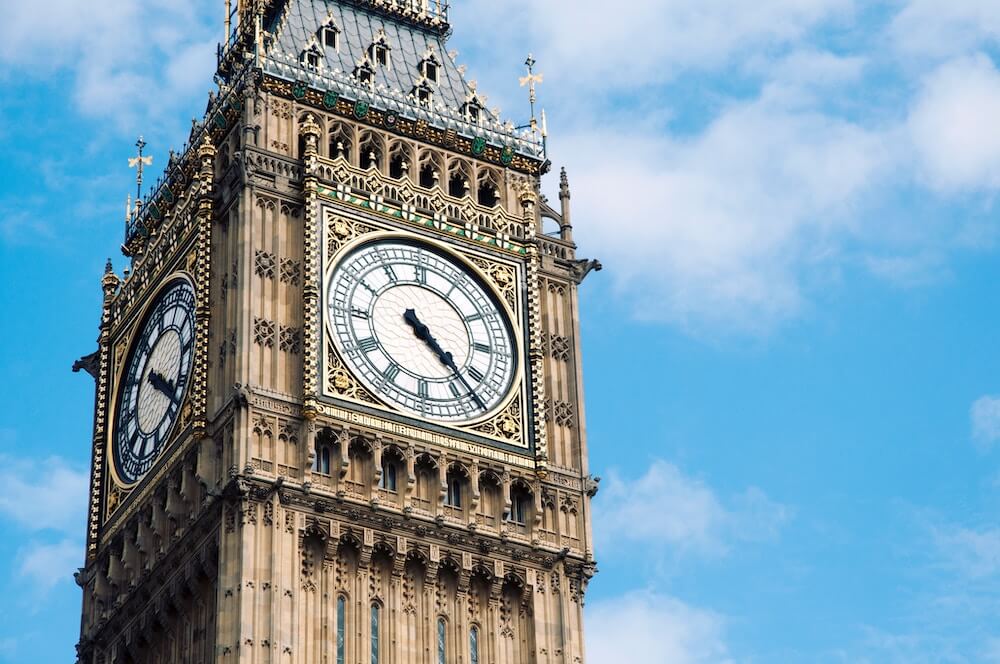 A general election is due to take place on 12 December 2019 in the UK. General elections always draw intense media scrutinty and in the 24 hour news cycle, jargon is often used without being explained. To first-time voters, this might seem slightly intimidating and offputting. Since so many of our student members will be voting for the first time, we wanted to demystify the UK's democratic process to help you feel more informed and in touch with goings-on in and around Westminster.

In this post, we'll set a foundation by briefly explaining the two seperate branches of parliament, before moving on to defining some common terms you'll encounter throughout the election process.

What is the UK parliament?

Parliament is a name given to separate branches of the UK government, where the UKs laws are made.

In the UK, the powers of government do not come from a written constitution like the USA, but from powers given to parliament by the monarchy (royal family). As a result, the UK government is answerable to the reigning monarch and all laws passed must be given royal ascent to become law.

The British Parliament - like that of most larger countries - is bicameral, that means is there are two houses or chambers. The UK parliament has two chambers, which are called the House of Commons and House of Lords.

The British Parliament is often called Westminster because it is housed in a ancient building in central London called the Palace of Westminster, which stands out because of the clock tower at the south end (this is the Elizabeth Tower and it houses Big Ben – a bell) and the tower with a flag at the other end (this is the Victoria Tower). 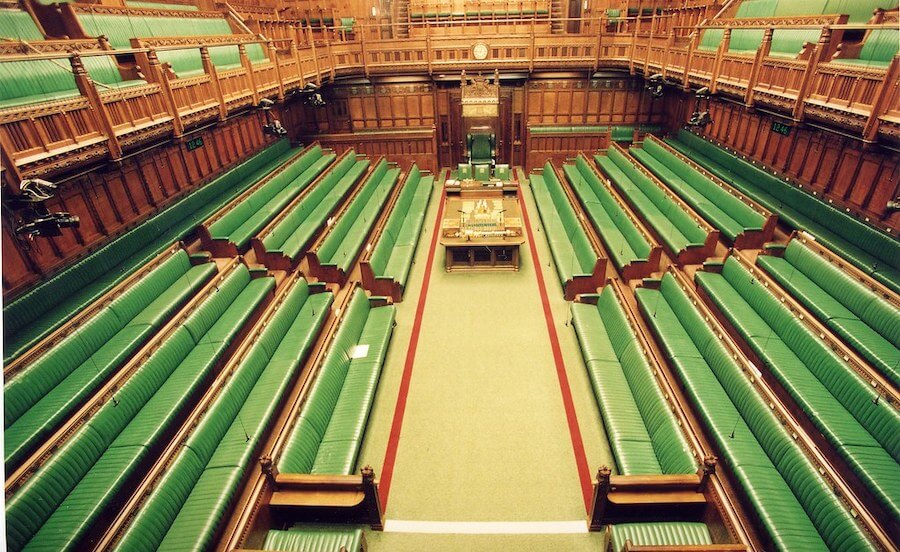 The house of commons is the elected chamber of government. It is filled by members of parliament - MPs, who are voted in during elections.  MPs are paid politicians and get expenses and other allowances.

MPs often (but not always) represent political parties. These parties often have a set of core beliefs or principles and list of policies that they would like to bring in, if they are elected.

If a political party wins a majority at an election it is asked to form a government by the reigning monarch (currently Queen Elizabeth II). The leader of the “winning” party is appointed as prime minister and then appoints ministers of the crown to run individual government departments and decide policy.

The House of Commons currently comprises 650 MPs. MPs are elected to serve specific geographical areas. If a political party gets 326 MPs then it has a majority and is asked to form a government. If a political party has fewer than 326 MPs then it may try to join together with another party to form a coalition government.  This is known as a hung parliament. 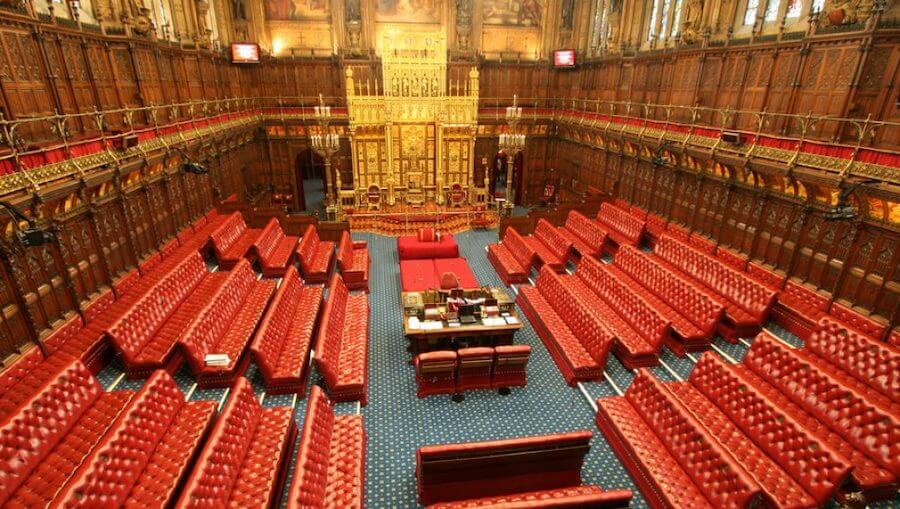 The upper house, the Lords -- which has red benches – is made up of “lords” who are mostly appointed by the government with members serving for life. Its main duty is to vote on legislation passed by the Commons, suggest amendments when necessary and send it back for further debate.

Lords are not paid but do receive some allowances and expenses. They often have other sources of income and tend to be ex-politicians, distinguished members of society or be the financial backers of the main political parties.

For a law to get passed in the UK, it has to be passed by both houses of parliament. The bill is then given royal ascent by the reigning monarch and becomes law.

In certain circumstances the government can force through legislation passed by the Commons but rejected by the Lords. 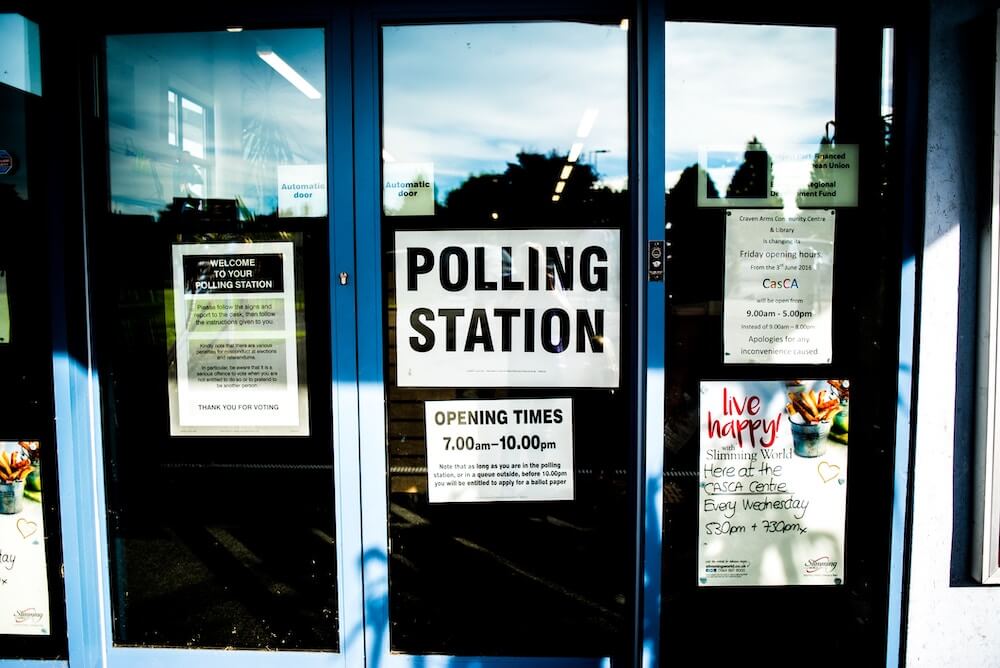 Voting and the Election

We'll now explain some common terms you might encounter and what to expect if you're a first-time-voter.

What is the “first-past-the-post” system?

This is the name given to the electoral system in the UK. Voters are permitted to vote for only one candidate in the election and indicate their choice by marking a cross on a ballet paper. The candidate with the most votes wins and is elected to parliament.

This differs from some political system where you can vote for more than candidate in order of your preference. This is known as transferable voting.

Find out more: 'First Past the Post' by the Electoral Reform Society

What is tactical voting?

For example, in 1997 large numbers of Labour, Scottish National Party and Liberal Democrat supporters voted for whoever would defeat the Conservative candidate. Tactical voting can be important when you do not have the option to vote for a president or prime minister directly.

Find out more: Watch 'What is tactical voting?' by Best For Britain on YouTube (N.B. - This was a video produced for the 2017 election)

Will I see Boris Johnson or Jeremy Corbyn’s name on my ballet paper?

No, unless you live the area where they are standing as an MP. In the UK, the prime minister is not directly elected. MPs are elected and they represent specific areas of the country – e.g. Boris Johnson - Uxbridge and South Ruislip, Jeremy Corbyn – Islington North. You will be asked to vote for candidates for the parties that Johnson, Corbyn and other political leaders represent.

The leader of the party who gets the most MPs will either be asked to form a government on their own or try to establish a coalition with another party.

What happens when I reach the polling station?

In the UK elections take place on a Thursday. Polling stations will be open from 7am to 10pm on the day of the election (12th December 2019). Students can only vote in person during these times.

When you get to the polling station you give the name and address to one of the volunteers. You do not need to take your polling card or any other identification with you (unless you are in an area that is trialling new voter fraud regulations – I will update you, if this includes any area in Beds or the surrounding areas.

The volunteers will give the voter a ballot paper containing the names and political parties of those standing for election. A voter takes this into the voting booth and then marks a cross in a box next to the name of the candidate they are voting for. A person should make it clear who they are voting for, otherwise the vote may not be counted.

The paper should then be placed (after folding) into a ballot box. These are black and have thin slits in the top for the papers to be pushed through.  This completes the voting process for the voter. They may then leave the polling station without needing to do anything further.  The votes will then be counted after the polls have closed and the result will be announced overnight or the following morning.

Find out more: Watch 'What happens at a polling station?' by Plymouth City Council on YouTube